It’s been an exhausting whirlwind few days, but now we’re finally on the other end of it and the dust is beginning to settle.

Erm, actually, who am I kidding? Myrtle is about to be turned into a dust storm rivaling those on the planet Mars. Ain’t no dust settling in this house for a good long while.

But let’s get back to the moving experience.

Remember a few posts back when I advised a period of purging before beginning to pack for a move? Yeah, I’m gonna go ahead and recommend a few more of those. And once you’ve done that and you think you’ve sold, dumped, or donated just about everything you can? Don’t stop. Get rid of more stuff. Please, I’m begging you. If you don’t, you’ll end up with a day like we had. A day I don’t care to repeat any time soon.

It was a blessing and a curse that our previous house – it still feels so weird to say that – had two attics: a walk-in on the second floor as well as a huge upper attic with ceiling access. Having so much storage made it easy to say, “Oh, just throw that in the attic, we’ll deal with it later” way too many times. Add onto that the fact that we “inherited” many boxes of stuff from our childhood and teen years and we ended up with a momentous amount of basura in those attics.

So even after several rounds of purging, it was the attics that turned moving day into a living hell. The main part of our house was kept relatively clutter free – outside of the kids leaving trails of their crap around, of course. We even sold a lot of our older bulky furniture prior to the move to cut down on the “big stuff” that had to be transported. In the end, we still ended up filling a 27-foot moving truck and making last minute runs to get three small U-Haul trailers – filling them up as well. We were packing and consolidating attic and garage nonsense right up until the movers arrived and throughout the entire day. I thought we would never get the house empty. Our packing method went from nicely organized and categorized to just throwing sh*t in boxes just to get it done. I rode a rollercoaster of overwhelming sadness about leaving our house, feeling jarred and displaced at seeing it being gutted so unceremoniously, and wanting to set half of our possessions on fire after realizing that we were dead wrong about thinking we were living a life mainly free of excess.

Near the end of the day, we had to call in reinforcements. First, my dad drove over with his truck to help finish unloading the attic (movers were gone by then) and help Matt take a huge load of stuff to the local dump and donation center. Next, I went on a local Facebook group and hired someone to come and deep clean my empty house for my buyers. I had originally planned to clean it myself after we were loaded up, but I was so tired I could barely lift a finger, let alone a mop. Then, we ended up hiring someone else from that same group to come over and haul away yet another small load of stuff that we placed in our driveway, because Matt’s truck and my car were packed to the gills.

(oh, and throughout all of this, Matt’s parents were keeping our kids and had been for several days. Could not have done this without our village of helpers)

Finally, though, we did get most everything loaded up, and we headed over to the campground where we had parked our RV a few days prior – our lifeboat and home for the duration of Myrtle’s remodel.

On the way there – sweaty, smelly, and with every bone and muscle aching -we’re not 25 anymore – we drove directly into a stunning sunset. We were thinking the same thing, but Matt said it out loud first:

“I hope this sky is metaphorical, and that it means everything really is going to be okay.”

Next post coming soon – closing day, and even more crazy stories that I couldn’t make up! 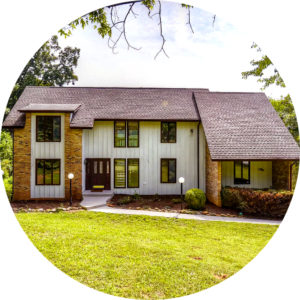 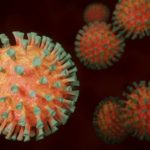 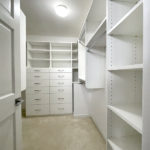 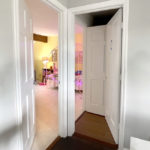 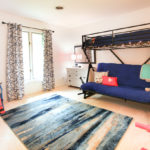 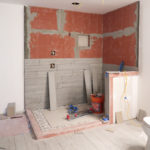 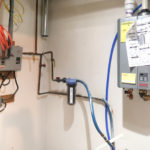